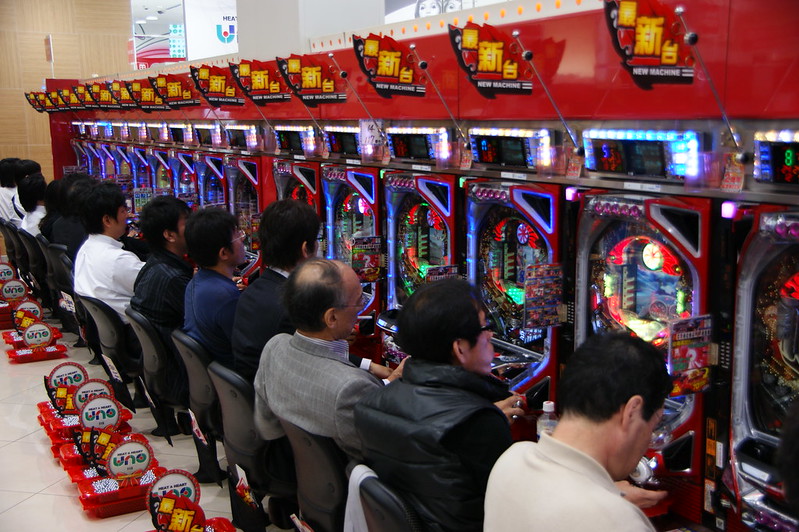 According to statistics, each year, the Japanese spend up to $200 billion on video games Pachinko. This is more than 30 times the revenue of casinos in Las Vegas, as well as more than double the exports of the Japanese auto industry and also much more than the GDP of New Zealand.

In total, there are over 10,600 licensed Pachinko game shops in Japan. Basically, Pachinko machines are quite similar to online pokies, and players will spend money to buy metal marbles. Then, they will try to shoot these metal balls into the reward boxes to receive a corresponding number of marbles. If they are lucky and win a lot of marbles, they can bring them to the checkout in exchange for the rewards available like stuffed animals, electronic devices. In Japan, it’s much more popular than other casino games.

Min Jin Lee, the author of a fiction book set in Japan called “Pachinko”, said that there was a flaw in managing Pachinko:

“Each marble will be converted into a number of points, and from there, the player can exchange the rewards they want. Specifically, you have fewer points, you can exchange a bar of soap, many points can be exchanged for objects. If you win, your reward can be redeemed for valuable items or cash”.

Similar to the Japanese population, the number of Pachinko stores is also being aged. As many as one-third of pachinko stores were opened before 2005 and must do everything to attract young customers while the game is increasingly backward.

In addition, the new law in Japan limits the number of winnings a customer can make on each machine. Accordingly, each player is only allowed to win up to $450 for a 4-hour operation session of the machine.

At the same time, Japanese legislators are also easing casino rules. In the past, all gambling activities in Japan were prohibited except for horse racing and car racing. However, the new bill allows Japanese people to access the casino three times a week and will, of course, pay a fee. This law will expand the operation of the casino and also compete quite a lot with Pachinko electronics.

However, according to the Financial Times, every year in Japan, there are 1.5 million new Pachinko machines manufactured and sold to stores. Playing Pachinko is still a difficult habit for Japanese people, turning it into an industry with a huge revenue, more than casinos in Las Vegas and even more than online casinos.